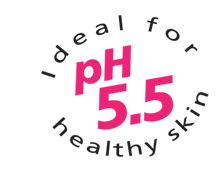 The skin starts becoming drier, the impact of the ageing process is clearly seen with the fine lines developing into wrinkles. The skin becomes thinner, less elastic, age spots start appearing. In women this is the onset of menopause the skin looks withered, a condition caused primarily by a deficiency in nutritional components. The skin appears looser and thinner, elastic fibers degenerate due to water loss while fat tissue reduce in thickness, causing ageing and a breakdown in the skin's elasticity. There is a dramatic reduction in oil production, thus causing dryness. To make matters worse, blood circulation is reduced due to cholesterol deposits in the arterioles.

Getting older also means that the skin also starts to get older and certain changes takes place in the skin. The skin shows drastic changed like it becomes wrinkled intensely, dry and various spots and certain growths occur. Apart from all these the healing time for the skin also takes long.

Ageing plays a major role in changing the skin texture and is also a long process. As the age increases, the estrogen levels as well as the moisture balance of the skin starts to decrease. This is the reason for the skin to loose its elasticity as well as the firmness. The circulation of blood on the surface of the skin decreases as the protecting layer of the skin known as the lipid layer becomes thinner. Then, the defense mechanism of the skin also starts subsiding slowly as the cellular renewal deteriorates.

Many of the skin changes for mature skin are unavoidable, natural and above all it is harmless. But some others prove to be painful such as skin cancers and other serious and dreadful situations. But it is also proven that most of the skin hazards for mature skin could be prevented to certain extend. There are therapies which are available for all skin type.